It’s a story about two kids Jancis and Marčs, who met each other in sunny spring at the foot of cliff, called Staburags. It’s also story about mythical, sacred and already gone Latvian place Staburags, which both friends will get to know through their pure and curious children hearts, like two ears of God.

Director Jānis Znotiņš: „For me it’s important not only to discover the story of Staburags together with kids, but also to make them read books from their own will, to experience process of reading as an adventure. And performance is a good way how to make it happen. Because theater is not about „sit and watch”, but it is also about taking a part in it with imagination.”

Staburags was a cliff made of rock, located at the shore of river Daugava. Its height was similar to six floor house. Staburags has grown almost 5000 years and it is believed that every year rock became even taller. After every 300 years it falled down under its own weight and after fall kept growing.

Legend says, that Staburags is growing rock. We bet, it still grows underwater, but we cannot see it, only imagine.

Where did Staburags disappear? In 1965, on the river Daugava near district of Aizkraukle, hydroelectric power station was built. The level of water in river Daugava was slowly boosted and already in 1966 Staburags was gone underwater for ever. 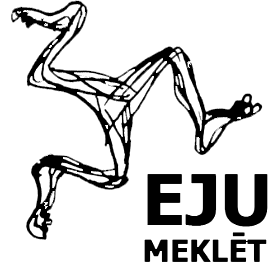